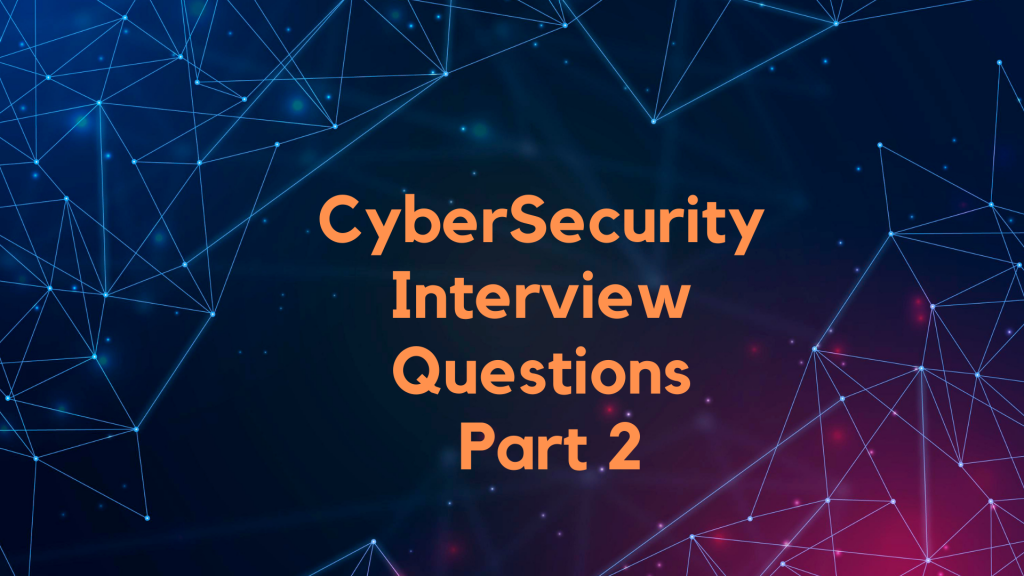 In the continuation of our Interview Question Series, we are publishing our second part of total five series. In this part we will be briefly seeing the Interview Questions for cybersecurity from the perspective of malware, a most common threat, almost encountered in each event and still a preferred choice for various APT groups.

1 . Describe the malware from its early inception to the present day ?

2. What are the type of Malwares ?

3. What is a computer Virus?

A computer virus is a type of malicious software, or malware, that spreads between computers and causes damage to data and software. Computer viruses aim to disrupt systems, cause major operational issues, and result in data loss and leakage. A key thing to know about computer viruses is that they are designed to spread across programs and systems. Computer viruses typically attach to an executable host file, which results in their viral codes executing when a file is opened. The code then spreads from the document or software it is attached to via networks, drives, file-sharing programs, or infected email attachments.

4. What are the symptoms of presence of computer virus ?

It A computer virus will more than likely have an adverse effect on the device it resides on and may be discoverable through common signs of performance loss, including:

A Trojan Horse Virus is a type of malware that downloads onto a computer disguised as a legitimate program. The delivery method typically sees an attacker use social engineering to hide malicious code within legitimate software to try and gain users’ system access with their software.

These are some of the common examples of Trojan:

7. Name some of the well known Trojan Horses.

Some of the examples are:

9. What is a Ransomware?

A Ransom malware, or ransomware, is a type of malware that prevents users from accessing their system or personal files and demands ransom payment in order to regain access. While some people might think “a virus locked my computer,” ransomware would typically be classified as a different form of malware than a virus. The earliest variants of ransomware were developed in the late 1980s, and payment was to be sent via snail mail. Today, ransomware authors order that payment be sent via cryptocurrency or credit card, and attackers target individuals, businesses, and organizations of all kinds.

10. How are ransomwares are identified ?

Generally, ransomwares are identified with these three techniques: