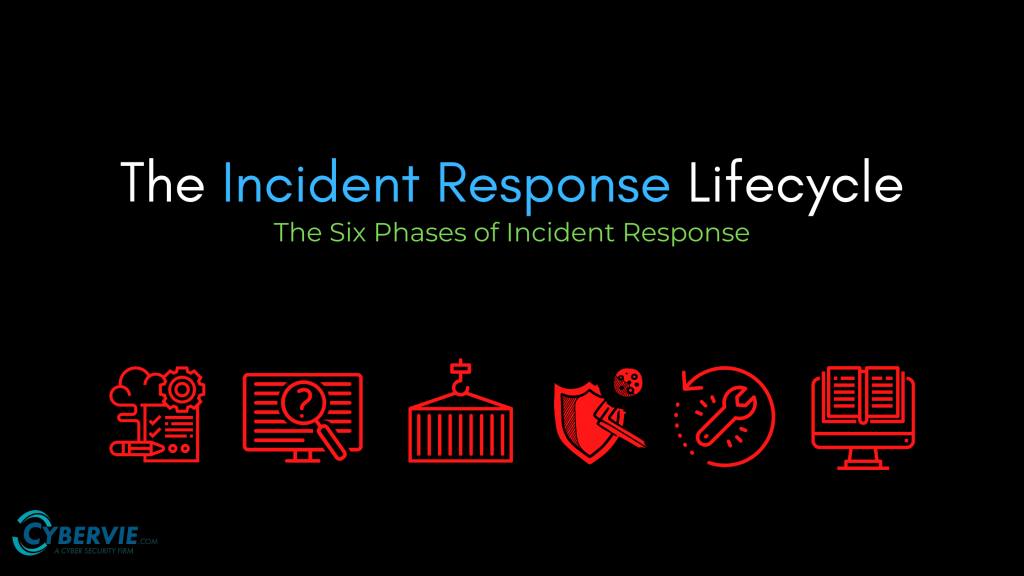 What is Incident Response?

Incident Response is a Reactive approach for quick recovery efforts.

There is a total of six phases of Incident Response. We are going to discuss them one by one.

This is the first phase of the incident response and one of the most important phases. Because in this phase the IR teams create a response plan to deal with different security events. This phase further divides into three parts for greater understanding.

Basically, In this phase, you have to check you have trained the incident response team.

As the name suggests, in this phase you identify if you have breached or any computer in your network that is breached. You also have to analyze the incident.

There are few questions that have to be answered in this phase.

In this Phase, you do everything to mitigate the damage once you already have been compromised. The first thing to come to mind after any malware attack is to delete everything, but you may be deleting some important evidence. That’s why it is to contain the evidence separately that can help you later.

Basically, the compromised systems and any other is isolated from the network to stop further infection.

Now you have contained the compromised devices and the incident is unable to spread. Therefore the security analyst can implement more permanent fixes and analyze that what exactly happened during the incident and finding the root cause of the incident to prevent similar types of attacks in the future.

The IR team have to decide when to bring back all the offline systems after full analysis and monitoring of any vulnerabilities or threat.

The last phase of the Incident Response Lifecycle, which is ignored by many organizations. is one of the most important steps. In this phase, the IR team has to hold an after-action meeting and discuss what they have learned from this attack. Also, the IR team analyzes all the steps taken during the incident for improving the incident response capability. The IR team also reviews their future plans for a similar type of incident.

These are the six phases of the incident response. Incident Response is best performed by a person who is well trained and equipped with the right tools for it.

For more articles like this please visit our blog page.