Hack The Box (HTB) is an online platform allowing you to test your penetration testing skills. BLUE BOX is for beginners, one can learn quite many things from it. 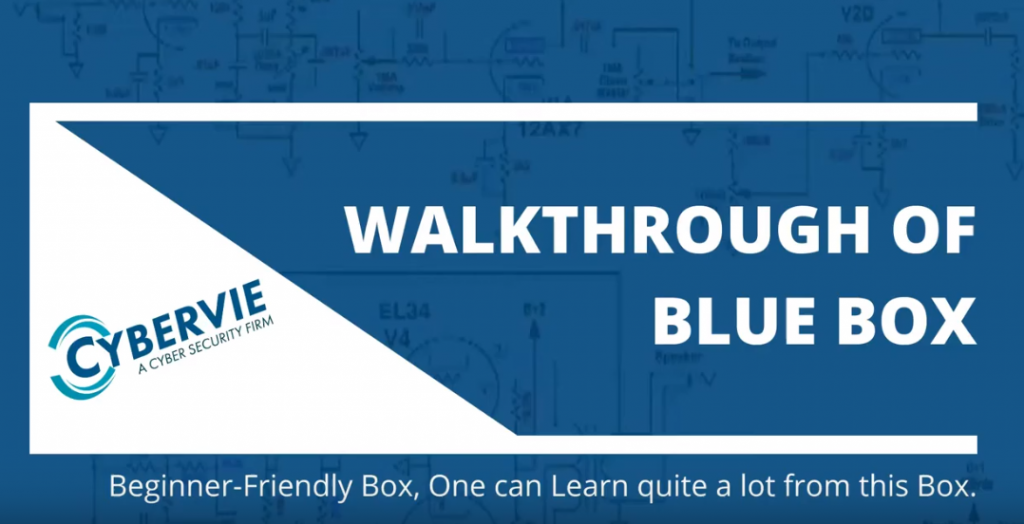 Hack The Box (HTB) is an online platform allowing you to test your penetration testing skills. BLUE BOX is for beginners, one can learn quite many things from it.

As an initial step, before the machine is exploited, it needs to be scanned and investigated.

This is important to determine what can be exploited afterwards. Therefore, it is always better to spend time on this phase to extract maximum information.

NMAP (Network Mapper). NMAP is a free and open source utility for network discovery and security auditing. Raw IP packets are used to determine hosts available on the network, services offered by those hosts, operating systems running, packet filters, firewalls in use, and many other characteristics.

We can see that there are following ports running:

We find that “SMB” is running, so we try to find an exploit for the system.

As we can see from the scan that this machine is vulnerable to MS17–010 which is an exploit against SMB (EternalBlue). This exploit is available on the metasploit framework.

We will search in msfconsole to check vulnerability on SMB.

I use the following command to find the exploits.

We get the following vulnerability.

Following command is used for the exploit

This will launch the exploit. This command displays the available options.

You can see that the remote host (RHOSTS) is not yet set. RHOSTS will be the victim.

The exploit can be run now.

Bingo! A command shell is thus opened. Let’s see what can be found 🙂

Step 3 – Looking for the user.txt flag

Following command is used to know what my position in the machine is.

The response is: nt authority\system

Following command is used to go to the parent directory.

We found the user.txt file in haris folder! To read the content of the file following command is used.

Step 4 – Looking for the root.txt flag

Get back to the Administrator directory.

We found the root.txt file in Desktop folder! To read the content of the file following command is used.

Congrats! You found both flags! Therefore, hope you found the box easy.