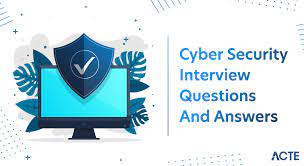 Today we are going to see top 16 interview questions on cyber attack. 1. What is SQL injection?

SQL Injection is a vulnerability base on a code system that allows an attacker to read and access sensitive data from the database. Attackers can detour security measures of apps and can allow them to view, edit, and delete tables in a database.

2. What is a Distributed Denial of Service attack (DDoS)?

DDoS attack is a malicious attempt to flood networks and systems with traffic to exhaust resources and bandwidth. When hackers use multiple systems to launch this attack, it is known as a Distributed Denial of Service (DDOS) attack.

Ransom ware is a form of malware that essentially holds a computer system captive while demanding a ransom.

The malware restricts user access to the computer either by encrypting files on the hard drive or locking down the system and displaying messages that are intended to force the user to pay the malware creator to remove the restrictions and regain access to their computer.

4. What is Cross-Site Scripting and how it can be prevented?

Cross-Site Scripting is also known as a client-side injection attack, which aims at implementing  malicious actions  on  the target’s web browser by injecting malicious code.

5. How to prevent ‘Man-in-the-Middle Attack’?

6. What are the techniques used in preventing a Brute Force Attack?

Brute Force Attack is a trial and error method that is used for web programs to decode encrypted data such as passwords using a force called brute force rather than using intellectual ways. It’s a way to identify the correct credentials by continuously trying all the possible methods.

Brute Force attacks can be avoided by the following practices:

7. What is a social engineering attack?

Social engineering attacks manipulate people so that they are forced to share their confidential information. This attack has three categories:

Honey pots are computer systems that are used to attract attackers. It is used to cheat attackers and defend the real network from any attack.

9. What is the difference between active and passive cyber attacks?

In an active attack, the attacker attempts to disrupt a network’s normalcy, edits data, and alters the system resources. In a passive attack, the hacker intercepts the data traveling through the network.

10. What is Spoofing? Give an example

In spoofing, an attacker personates to be another person or organization and sends you an email that appears to be legitimate. The email looks almost genuine, and it is hard to spot such a fake one.

I got the message that your computer system has been adjusted. Please share the password of the system in this email to make it secure

12. What Is Meant By Malware? Name some types of Malware

It is software used or created to interrupt a computer operation, gather sensitive information, or gain access to private computer systems. It can appear in the form of code, scripts and other software. Malware’ is a general term used to refer to a variety of forms of hostile, intrusive, or annoying software.

Types are as follows-

Phishing is a form of cybercrime in which the sender appears to be a legal entity such as PayPal, eBay, financial institutions, or friends, etc. They send an email, phone call, or text message to a target with a link to convince them to click on the link.

14. What do you mean by Domain Name System (DNS) Attack?

DNS attack is a cyber attack in which cyber attackers  access negative consequences  in the Domain Name System to redirect users to malicious websites and steal data.

15. What do you mean by ARP poisoning?

Address Resolution Protocol Poisoning is a kind of cyber-attack that uses a network device to convert IP addresses to physical addresses. On the network, the host sends an ARP broadcast, and the receiver machine responds with its physical address.

It is the practice of sending bogus addresses to a switch so that it can associate them with the IP address of a legitimate machine on the network and hijack traffic.

A tracking cookie, instead of a session cookie, would be used in a spyware attack because it would last through multiple sessions rather than just one.

1.  What are the ways that a malicious user would crack any  password?

2. What is DNS spoofing?

3. What is DNS Tunneling?

DNS Tunneling is a method of cyber attack that encodes the data of other programs or protocols in DNS queries and responses.

4. What are Zero Day Attacks?

If a hacker manages to exploit the vulnerability before software developers can find a fix, that exploit becomes known as a zero day attack. 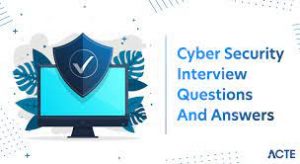 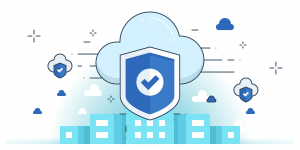