Questions That are Going to Help you Crack Network Security Interview. 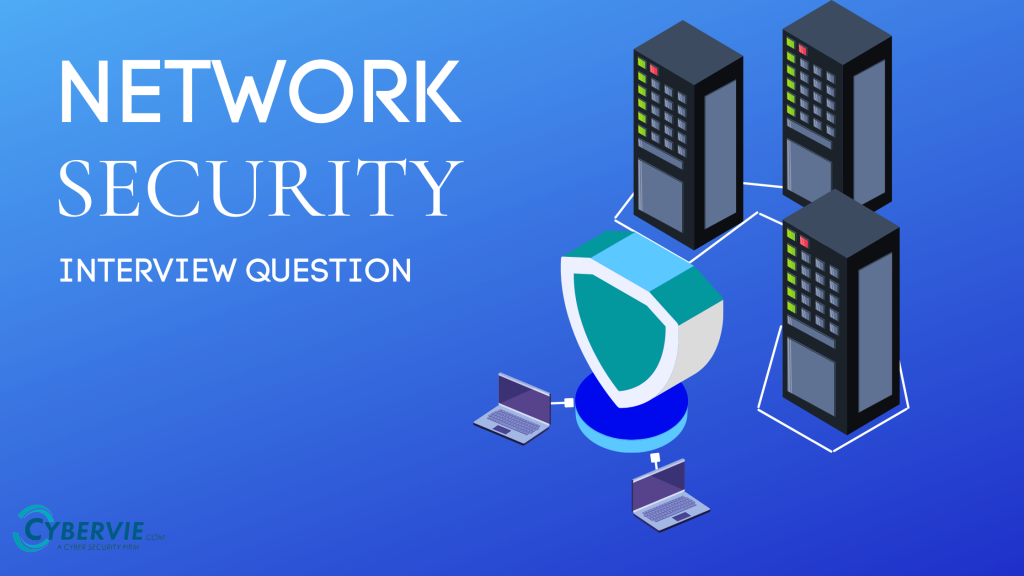 What do they ask in Network security interview?

So, In the interview, the panel can ask anything from you, and to answer anything you should have prepared your concepts well. The concept includes all the basic networking, you should know the commands and also when to type those commands. As the Network Engineer and Network security are two different fields, and we are preparing for Network security so we should know about how encryption works and how to analyze packets and all that.

Before starting the questions list, I would like to tell you that there are some common questions that are asked in every interview. The common questions like. Why do you want to become a network security engineer? , What’s your background? , Tell me something about you? , etc.

So, this list will contain all the technical questions that maybe asked in the interview.

The First thing Interviewer wants to know what you know about the job.

Q1. What is Network Security?

Q2. What are the outcomes of the network security attacks?

Ans. There can be a huge impact on the company. The company can lose all its sensitive data, and because of the leaked data the reputation of the company among the customers can be damaged and of course, it will also impact the company financially. If there are no customers there is no reputation and there is no profit.

Now the interviewer may try to test your networking skills.

Q3. Can you tell the difference between a Router, a Hub, and a Switch?

Q4. What are firewalls? and why are they so important?

Ans. A firewall is a system designed to prevent unauthorized access in a network. Firewalls have the power to block or allows the traffic to pass through. It can be of any type of hardware or software. Firewalls are important because they keep the attackers and external threats outside of the network.

Ans. DHCP is a Dynamic Host Configuration Protocol, it is a networking protocol that is used on IP networks. DHCP server just provides the IP address and other information to all the hosts in the network to make the communication efficient.

Q6. Which features on a network switch can be used to prevent rouge DHCP servers?

Ans. DHCP Snooping which is a Layer 2 switch features is helpful to prevent all the denial-of-service from rouge DHCP server.

Q7. Can you provide a reason why to use https instead of http?

Ans. Because HTTP sends the data in clear text and it can be clearly readable if someone is intercepting the network And the HTTPS sends the data in an encrypted format. Using HTTPS instead of HTTP gives us protection against MITM attacks.

Q8. How do you deal with “Man-In-The-Middle Attacks”?

Ans. A MITM attack happens when a third party is intercepting the network, monitoring and controlling the information between two parties. There are 2 ways to deal with these types of attacks either to stay off or don’t connect to a public WiFi network or to use end-to-end encryption.

Ans. VPN is a Virtual Private Network that is used to maintain anonymity and privacy on the internet by creating a private network from the public connection. VPN just encapsulates the transmit network data over another network. With the help of a VPN, you can be untraceable on the internet.

Q.10 Can you tell me something about DNS? What protocols is used by DNS Name servers?

Ans. DNS or Domain Name Server works exactly like a phonebook but for the internet. As we can’t learn the IP address of every site the DNS saves them as the domain name. Every time we try to go to facebook.com or twitter.com DNS translates these domain names to IP address so they can interact with the browser and load the site. DNS Uses UDP protocol to communicate to the servers. Because of improved speed and connectionless protocol offers.

These are some good questions that can be asked to you in your Network security interview. Of course, there are lots of questions but most of the questions fall in your concept part and you will eventually know how to answer those questions if your concepts are clear. That’s it for this list. Best of luck with your next interview.

To read more articles go to our blog page