What Is Red Team, Blue Team, and Purple Team?

In this article we are going to talk about Red Team, Blue Team and Purple Team. What are they? and How they Works? 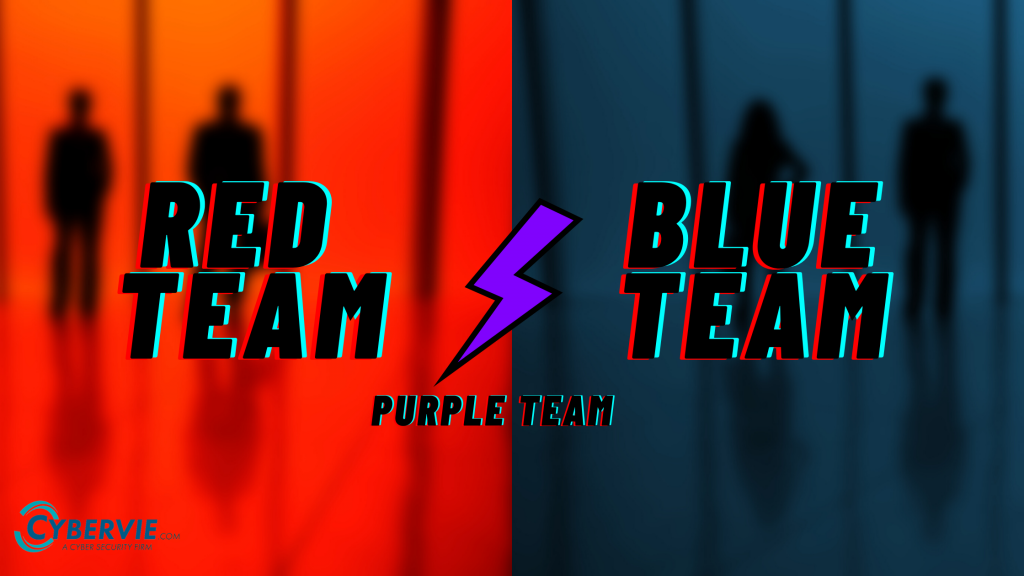 When discussing cybersecurity, the terms “red team” and “Blue team” and sometimes “Purple Team” are often mentioned. Red and blue teams are more than just Halo references and army techniques.

These Teams Play’s a very vital role in cybersecurity. Originally, Red teams and blue teams are references from the military where red teams think like the enemy and attack and blue team tries to defend against the red team.

Nowadays many companies and even government use these strategies to ensure their security.

What these Teams do?

Read teams are internal or external entities of the company. The team usually consists of offensive security professionals and ethical hackers who are experts in attacking and breaking defenses. They attack the company or organization in the most realistic way, They try to mimic the real-world attack scenarios.

The blue team is the internal entity of the company. The team usually consist of defensive security professionals who have to defend the organization against the real-world attack and red team attack.

These Teams exists to maximize the effectiveness of the blue and the red team. The purple team integrates the defensive tactic for the vulnerability found by the red team into the single narrative.

Now we know what basically are these teams. Let’s explore them one-by-one.

Read teams are most often confused with PENETRATION TESTER which is not true. Penetration tester deploys loud (typically detectable) techniques – e.g. vulnerability scanners such as Nessus to find a vulnerability. But Team Experts attacks as quietly as possible without getting detected.

types of attacks carry on by red teams – :

They literally can do anything to break the company security and get in .

The Blue Team is an organization’s internal security team. They have to protect and patch every attack and exploit on the organization from the red team.

This expected to detect, oppose and weaken the red team. they first collect information of the vulnerabilities and carries out a risk assessment. They also tight up the security by educating staff about these type of attacks and by changing security policies.

They monitor all the unusual behavior on their network and blocks out any suspicious IP. Blue teams have to perform a regular security check and do a regular vulnerability scan.

Some Control Measure Taken by them are:

Basically, Blue Team will do anything to protect the organization from cyber attacks.

The main objective of purple team is to work alongside with both red and blue team, analyzing their work and recommend any necessary changes.

If the blue team and the red team are functioning perfectly then the purple team may become redundant to work. The goal of a purple team is to bring both red and blue teams together while encouraging them to work as a team to share insights and create a strong feedback loop.

Any Cyber Security specialist is aware that security is an ever-changing field, hackers always find their way around the weaknesses exposed in online systems. Even multinational corporations such as Yahoo, Equifax, and, Sony among various others have fallen victim to these malicious users.
The Red Team attack can expose these vulnerabilities before real criminals may find and exploit them. The effectiveness of Blue Team increases through this exercise because the companies can strengthen their security and analyze the unintended consequences that follow any cyber attack.