Did you Give-up this Question - Not Anymore | Here is a Quick Bite - ILOVEYOU​, Code Red​, Stuxnet, MyDoom​, CryptoLocker. 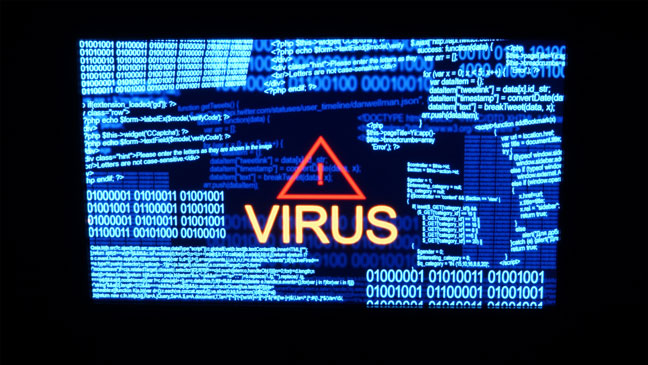 Computer viruses are really a common occurrence in today’s Internet-connected world and range from mild inconveniences to complete disaster. They are like the biological viruses that infect one individual and go on to multiply and spread to affect various others. They are capable of damaging systems and deleting a victim’s entire data. In this article, we’ll include general malware such as worms and trojans as viruses and highlight the top 5 most dangerous computer viruses of all time.

Created in May 2000 by two Filipino programmers, Reonel Ramones and Onel de Guzman, the ILOVEYOU virus is one of the most well-known and destructive viruses of all time. This virus initially exploded all the mailing list of users around the world, starting with the government and businesses of Hong Kong. Social engineering technique was employed by sending the mail with an attachment that read– “LOVE-LETTER-FOR-YOU.TEXT.vbs” as it’s file name attached to the email. At the time of the attack, the malware was sort of a myth, so people did not suspect the nature of the email even though it was from an unknown source. Once the attachment is opened, the virus overwrote the PC’s files with itself thus crashing them and rendering the device unbootable. It also spread itself by forwarding the same email to the contacts present in the infected user’s email list. 10% of the Internet-connected computers were believed to have been infected that summed up to estimated damage of $10 billion. It was considered to be one of the most virulent computer viruses once. It was so bad that certain governments and corporations took their mailing system offline to prevent infection.

Also known as Bady, this virus was first discovered in 2001 by two employees of eEye Digital Security. Created by a Chinese, this virus spread by targetting the Microsoft IIS web browser and affected the PCs using Windows 2000 and Windows NT. It exploited a buffer overflow vulnerability in the system and left very little trace on the hard disk. This virus replicates itself and creates many copies and eats a lot of resources of the system. Code Red then launched a DDoS attack on several IP addresses in order to overload and crash the servers, where the computers of the White House are the most notable entities. It also creates a backdoor into the owner’s computer allowing remote access to the victim machine. Around 1-2 million servers were affected out of the existing 6 million IIS servers, causing a loss of productivity worth $2 billion. 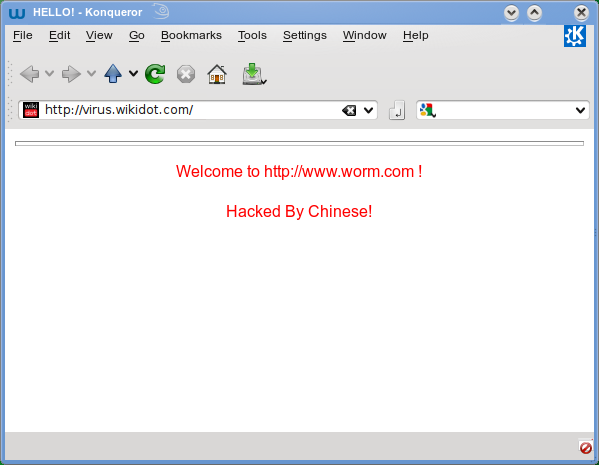 This unique virus aims to target the software that controls industrial systems. It came into existence in 2009 and is believed to have been created by the Israeli Defence Force and the American Government in order to disrupt Iran’s nuclear efforts. It runs on C programming language and exists as .exe, .sys, .dll extension files. This virus is easily one of the scariest ones as other than disrupting nukes, it also aims to target the oil and gas pipelines, water treatment and, power grid. This computer worm was the first known venture into cyberwar and unlike other worms built to steal only passwords or credit card information, this virus was designed to attack automated processes in industries. Spread through infected USB drives, Stuxnet overall infected 44 thousand devices throughout the world (specifically aimed machines created by Siemens).

MyDoom is a computer worm that first surfaced in 2004 and the creator of the virus is still unknown. Alternatively known as Novarg, it was one of the fastest spreading e-mail based worm, similar to ILOVEYOU. This Virus provides unauthorized access to the computer system by attacking companies like Microsoft and Google with a DDoS attack and hence blocking the network. Once executed, the virus opens up a backdoor for remote access and propagates itself further through means of e-mail and any P2P folder on the network. It is assumed to be originated from Russia and infected nearly 16-25% of all existing emails. It seemed to mainly target the SCO group as nearly 25% of the infected hosts apparently hit the SCO website with a DDoS attack in an attempt to crash its servers. MyDoom caused approximate damage of $38 billion and the worm is still active in some form today.

CryptoLocker is one of the first Trojan horse ransomware which was released in 2013. It targeted computers running Microsoft Windows. Ransomware is a type of malware that locks your files which can only be accessed if you have the decryption key. The virus uses several methods to spread itself. These include sending an email that contains a .exe file extension packed in a zip file attachment.  Once a computer is infected, CryptoLocker’s payload will proceed to encrypt certain files on the hard drive and any mounted storage connected to it with RSA public-key cryptography.

For certain hacking attempts, System Restore or recovery software worked. However, for most infected computers, the only way to retrieve and access files is to pay a ransom by a 72-hour deadline after the initialization of the virus. By demanding a ransom of 400-500 US dollars from the rough estimate of 500,000 victims, CryptoLocker made around $30 million in 100 days. 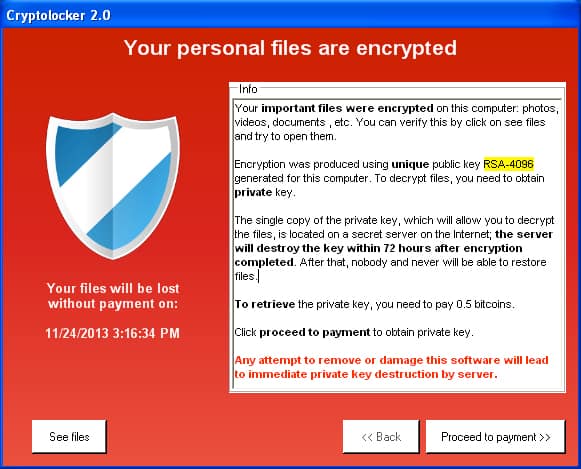 Viruses and malware clearly cause billions in damage to computer systems in real life. Individuals and organisations can protect against these viruses by keeping their software updated and making use of antivirus software.